Has London lost its way? Does the London Plan go far enough? 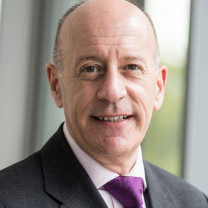 Jules Pipe is working on key priorities for the Mayor, including: revision of the London Plan, major regeneration projects across the capital, ensuring London’s infrastructure needs are delivered to benefit all Londoners, and building a skills system that properly addresses the needs of young people and the economy.
Jules has unrivalled knowledge of London government, becoming the first directly elected mayor of Hackney in 2002 and serving as Chair of London Councils from 2010 until he joined the Mayor’s team in 2016. 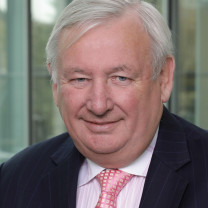 Bob Weston is Chairman and Chief Executive of Weston Homes Plc. He left Fairview New Homes to form the company in 1987 and has spent a lifetime in the housebuilding sector. From the first development, a four bedroom, detached house in Essex, Bob has developed Weston Homes into a
company which now delivers over 800 homes a year across the South East. Bob is a regular commentator on issues shaping housebuilding in the UK and has been working with government and policy-makers to effect change in the industry. 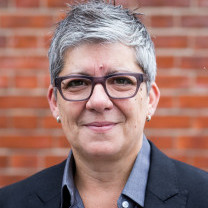 Originally from Australia, Jo has worked in regeneration and planning in London for over 28 years.

Working on projects from small public improvements to major city regeneration, Jo has focused on making places that people can enjoy and own. Jo now has, in her words, “the best regeneration job in London” as Chief Executive of the fastest growing economy in London. Jo now pulls the strings on bringing together all the services of the Council, together with partners to make Croydon a place where people want to be. Croydon is a unique place as it provides opportunities for housing growth but also is re-emerging as an alternative place for business. HMRC, Superdrug and EDF are just some of the companies who have moved to Croydon in recent years.

Quality design of both place and service is a fundamental principle driving the work of Jo and her team in Croydon. In 2018 Jo was awarded the New Londoner of the year award by New London Architecture for services to regeneration and her championship of equal rights. 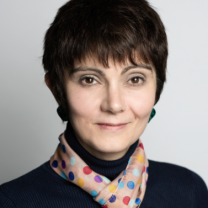 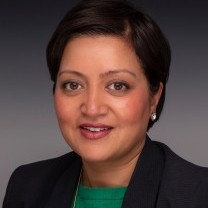 Rokhsana Fiaz OBE was elected as the Mayor of Newham in May 2018 and is the portfolio lead for Inclusive Economy and Housing Delivery, which includes regeneration and planning. Her priorities since becoming Mayor include tackling the housing crisis in Newham through an ambitious Council house-building programme. She has pledged to build at least 1,000 new genuinely affordable homes at social rent levels over her four year term and is already on target to exceed this with help from a grant of £107 million from the Mayor of London. She has also committed to ensuring residents will be fully involved in future council-led developments through community co-design and co-production.

Most recently, the Mayor launched the Council’s new Community Wealth Building strategy so that a greater share of the money in Newham stays in the local economy, rather than leaves it. This approach, supported by a new 10-year Inclusive Economy strategy puts local residents first, and places a greater value on equality, sustainability and the environment. She is tackling the climate emergency by laying down robust markers including a Low Energy Design Strategy to guide all council owned developments.

Previously she was the CEO of an international UNESCO supported charity promoting interfaith and global citizenship across the world. She has led large-scale capital projects for local authorities, the European Commission and the Council of Europe, and in 2009 was honoured with the Officer of the Order of the British Empire (OBE) for services to Black and Minority Communities in the UK.

Ahead of the forthcoming Mayoral elections in London, which are less than 100 days away; the next Movers & Shakers breakfast is a timely opportunity to assess housing delivery, planning and economic development across the Capital and what we need from the London Plan.

As we await the imminent response from the Government on the Mayor’s revision to the draft new London Plan (following the Planning Inspector’s recommendations), there are many concerns and unanswered questions; with much debate and unrest surrounding the Plan.

Clearly, London needs a Plan (strategic development) which fosters sustainable development, delivers homes for all and boosts employment opportunities. However, what is currently being proposed, represents a housing target that does not meet London’s housing need. So, a key question is how will London meet its housing requirements? Will the Government continue to overturn planning decisions at appeal, for significant housing schemes? Where does the power of decision-making and delivery lie? And, will by force majeure, the Mayor need to review the Metropolitan Green Belt in future iterations of his plan, to meet London’s growing housing demand.

In this powerful session, we will discuss what impact the final adopted London Plan will have? Will it go far enough? What are the implications for the Development sector? Will it work for London?

A full statement of our Coronavirus policy can be viewed HERE. The wellbeing of our members and guests is of fundamental importance to us; we are closely monitoring the outbreak in the UK and the advice given by Public Health England and the NHS.

We will not hesitate to postpone future events if we feel this is in your best interests. If we do postpone an event, then all bookings will be transferred to the new date, with the option of a full refund if preferred.

So you can book with the confidence knowing that you will not lose out!