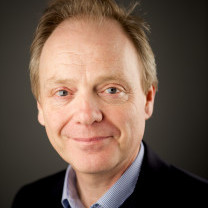 ​David Lunts is Executive Director of Housing and Land at the GLA where he leads the work to establish the housing functions that devolved from the HCA and LDA to the Mayor of London in April 2012. From 2008 until May 2011 he was the Executive Director for London at the Homes and Communities Agency. He was previously Executive Director for Policy & Partnerships at the GLA, with responsibility for planning, regeneration, environmental and social policy. Before moving to the GLA in 2005, he was Director of Urban Policy at the Office of the Deputy Prime Minister. He began his housing and regeneration career in Manchester which included the leadership of the City Challenge renewal of Hulme in the early 1990’s. David moved to London in 1996 to run the Urban Villages Forum, a widely supported membership not-for-profit group, and became the founding chief executive of the Prince’s Foundation in 1998. He was also a member of Lord Rogers’ Urban Task Force. 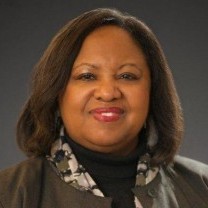 Anita Laremont currently serves as Executive Director and Chief Analytical Officer of the Department of City Planning. Before taking on this role Anita served as the General Counsel of City Planning for (4) years.

Prior to joining City Planning, she was a partner in the law firm of Harris Beach PLLC, where she had a real estate and land use law and government agency practice. 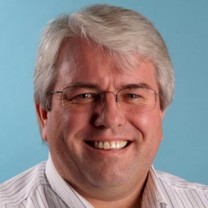 Mike is a chartered town planner and MBA qualified manager with over 40 years’ experience in local government, most of that in London and 14 years at service head level and above. He is a member of the Royal Town Planning Institute, formerly president of the Planning Officers Society and now chair of its Board. Mike works closely with government and across the sector to shape planning in England. In 2015 he set up his consultancy, Mike Kiely planning + regeneration, to specialise in assisting local authorities to perform better and be more effective. His extensive experience in successfully delivering major planning and regeneration projects means he can add value over and above the chief planning officer role, constructively challenging accepted thinking and proposing innovative solutions. 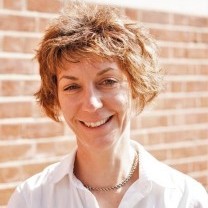 Director of Planning and Strategic Transport
London Borough of Croydon

Heather is a landscape architect and town planner, specialising in spatial planning, urban design, public realm, masterplanning and regeneration. She has nearly 30 years’ experience of working in the public and private sectors, consisting of five London boroughs and a district authority and the urban design consultancies Urban Initiatives and EDAW/AECOM. Her present position is at London Borough of Croydon where she is Director of Planning and Strategic Transport.

Her work focuses on collaboration and partnership of communities, developers and key stakeholders to create high quality places and buildings through exploring different viewpoints and drivers and facilitating honest conversations around the art of the possible. The use of technology and innovative engagement techniques is an area of particular interest so that young people and other hard to reach groups can take part in shaping their environment.

She has brought forward and prepared several Local Plans and Planning documents, as well as worked on the delivery of a range of recent developments to include the mixed use High Street Quarter in Hounslow, Brentford and Hounslow town centre public realm improvements, Whitgift shopping centre redevelopment, Croydon Area Remodelling Scheme, - part of the Brighton Mainline Upgrade project. She has also led the preparation of sustainable transport strategies, including Liveable Neighbourhood schemes and a tram strategy .During her time at Westminster City Council, she was responsible for public art and facilitated a project with Artangel to bring the international multimedia artist Tony Oursler to Soho Square. 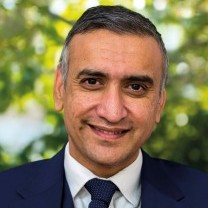 Faraz is currently a Director at the interdisciplinary planning and design consultancy Terence O’Rourke which has offices in London, Birmingham and Bournemouth. He leads on planning policy, stakeholder engagement and business development for the company.

A highly experienced and multi-skilled professional with extensive knowledge within the property sector, Faraz has successfully delivered on a number of high-profile policy led campaigns. He is a dual qualified chartered surveyor (FRICS) and chartered town planner (MRTPI). He was a member of the Department of Communities and Local Government Planning Sounding Board which provided industry advice to Government. Faraz is a Board member of the RICS P&D Professional Group and also serves as Chairman on the RICS Planning Policy Panel.

The recent White Paper - ‘Planning for the Future’ sets out a number of radical reforms to UK Planning and proposes a system which will be easier for the public to access, that will transform the way communities are shaped and that will build the homes the country needs. In a series of three webinars we will be exploring the pros and cons of what has been proposed, focusing on three key elements; Zoning, Community Engagement and Planning Gain Process.

In our first webinar we will be examining Zoning. Under the new system, local authorities will be required to develop stripped back local plans zoning all land in their areas for “growth”, “renewal” or “protection”. Areas that are zoned for growth will accommodate “substantial development” and will benefit from outline permission, but this said developers will still need to secure reserved matters permission in accordance with locally drawn up design codes - councils will not however be able to debate the principle of the scheme. Inevitably there are those in both public and private sector camps, who see these changes as a threat and who are concerned about the impacts of the new regime.

We have assembled what can only be described as an authoritative panel of contributors for our first session, including Anita Laremont who heads up planning in New York, a city that has embraced a zonal system. Anita will be able to tell us first-hand how things work in practice, in a world city similar to London’s characteristics. Heather Cheesbrough who leads on planning for Croydon, one of London’s most dynamic Boroughs, will give a local authority perspective, Mike Kiely who chairs the Planning Officers Society, who has worked across a number of local authorities and often advises MHCLG, will certainly have a well-informed view and David Lunts will be able to talk about the proposed changes from a pan London perspective. The session will be moderated by Faraz Baber a planner and an accomplished chairperson!