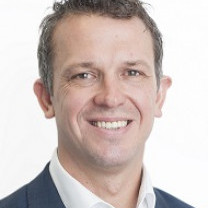 Phil joined Muse Developments in 2006 to assist with the delivery of the company’s mixed use regeneration portfolio and was promoted to the role of Development Director in 2011. He assumed the role of Regional Director in 2018 and is now responsible for a wide range of projects throughout the North West. Phil heads up the team of development directors and surveyors in the Manchester office.

Since joining Muse he has delivered, or currently has on site, over 700,000 sq ft of offices, 550 residential homes, a 143 bedroom hotel and 2 large space multi storey car parks. He has also successfully led two CPOs and gained consent for the largest ever planning application submitted to Salford City Council. Phil also secured the forward funding of 3 PRS residential developments at New Bailey in Salford. The Slate Yard, is one of the first institutionally funded PRS developments in the city. The first 2 phases are now complete, the third phase which consists of 199 new homes over 21 storeys commenced early Sept 2018.

Phil is a member of the Investment Property Forum and the British Council for Offices, where he was formerly Chair of the Northern Region Next Gen committee. He is also a member of the Chester Growth Partnership Board and is chair of the project board overseeing improvements to Islington Mill, Salford.