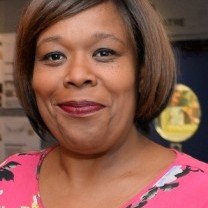 Stella Kanu is Executive Director at LIFT (London International Festival of Theatre) previously as Executive Producer at Ovalhouse she spent 4 years overseeing a
comprehensive artistic, organisational and community-led transition as Ovalhouse constructed London’s newest purpose built £15m theatre in Brixton; creating the Brixton City Festival. She created the concept design for Black Womxn in Theatre and is co-curator of BWinT events, the #WeAreVisible movement & iconic photoshoot of over 250 Black Womxn in Theatre at The Globe in 2019.

She has worked in the theatre, festival and cultural sector for over 27 years shaping ideas, communities, events, people and organisations for great shifts. Working in the UK & US including Soundwave Cumbria where she was CEO, Cardboard Citizens Theatre Company, Harlem Stage, Southampton Live Street Arts Festival, Africa Centre, Dance UK, Theatre Royal Margate, Tomorrrow’s Warriors and Clean Break Theatre, as well as arts, community and regeneration directorates at numerous local and city councils. Stella created The Pivotal Place to coach and mentor emerging, mid-career and established leaders across multiple sectors, and is a long-term leadership mentor on Engage’s UK wide Leadership Programme, Extend.

Stella is a former Powerbrokers International Leadership Fellow (Cultural Leadership Programme, 2008), she is a sought-after speaker, strategic brain and trainer on topics including Diversity in Theatre, Inspired Leadership, Art/Activism and Women & power.

A graduate of the UK’s first full time BA Writing course, she was one of the first cohort on MA Coaching and Mentoring Practice at Oxford Brookes University. Stella is a practising writer, musician and maker. She has served on boards including Creative Margate (including interim Chair) and New Writing South, Stella is currently Chair at Eclipse Theatre, an Arts Council England National Portfolio Organisation based in Leeds and the UK’s Black Theatre & Production Company. 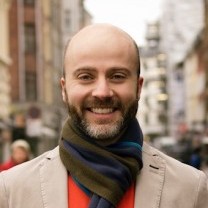 As Chief Innovation Officer, Jeff is passionate about the relationship between human experience and design and works to apply people-first design principals to communal ecosystems, such as streets, public space, food systems, and energy. Working at the intersection of urban governance, business and culture, Jeff delivers projects that are economically viable and socially equitable, as well as sustainable in terms of using energy, land and time. With degrees in Architectural Engineering from the US and City Design and Social Science from London School of Economics, Jeff’s multi-disciplinary background has shaped his cross-cutting holistic approach to all projects. He has worked with both public and private clients as well as non-governmental organizations in Europe, USA, Latin America, India and China. 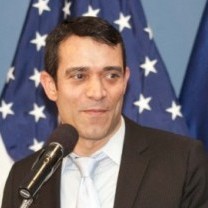 Michael Blaise Backer is the Deputy Commissioner of the Neighborhood Development Division (NDD) at the New York City Department of Small Business Services (SBS). In this role, Blaise oversees a team of 28 urban planners and economic development professionals focused on supporting the City’s neighborhood commercial districts by partnering with over 100 community-based development organizations. Blaise and his team launched the Neighborhood 360° initiative, a first-of-its-kind partnership between SBS and community non-profits which invests in conducting local needs assessment and multi-year planning and commercial revitalization opportunities in targeted neighborhoods. Through this initiative, Blaise expanded the division’s annual non-profit grantmaking from $1.4M to $4.5M per year. Blaise is also responsible for oversight of the City’s 76 Business Improvement Districts (BIDs), the largest network in the country, which invest more than $158 million annually in locally customized programs and services for commercial districts across the five boroughs. Before joining SBS in May of 2014, Blaise was the Executive Director of the Myrtle Avenue Brooklyn Partnership, comprised of a BID and LDC in Fort Greene/Clinton Hill, for 10 years. Blaise also served terms as the board co-chair and treasurer of the New York City BID Association, the membership association of all of New York City’s BIDs. Prior to working in the non-profit field, Blaise was an information technology consultant in the private sector, working in Washington D.C., Dusseldorf, Germany, and Madrid, Spain. Blaise holds a Master in Urban Planning from NYU Wagner and a B.S. in Commerce from the University of Virginia. 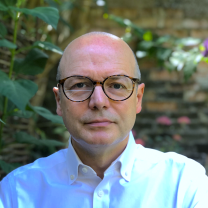 Tim Stonor is an architect and urban planner who has devoted his career to the analysis and design of human behaviour patterns: the ways in which people move, interact and transact in buildings and urban places. He is recognised internationally for his work in the design of spatial layouts and, in particular, the role of space in the generation of social, economic and environmental value.

Tim is the Managing Director of Space Syntax, an urban planning and design company created at University College London in 1989 to develop and apply predictive design technologies. He is a founding member of The Academy of Urbanism, a Visiting Professor at The Bartlett School of Architecture, University College London, and a Harvard Loeb Fellow. In 2018 he became Deputy Chair of the UK Design Council and was appointed to the Advisory Board of the Norman Foster Foundation. 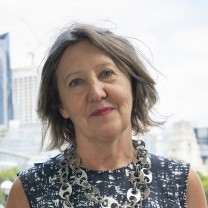 Patricia runs Central, a niche consultancy advising civic and business leaders on urban change. She has over 25 years of direct experience thinking about, influencing and improving London, and at the heart of many of the initiatives that have been part of the city’s successful evolution.

In the mid 1990s she worked alongside real estate guru Honor Chapman in helping to establish London’s first inward investment body, promoting London as a premier business destination. She became CEO of the Central London Partnership in 1997, leading a cross-sector partnership and agenda set on maintaining the capital’s position as a global world city. At CLP, she led much of the early work to achieve this sustained success through ensuring it was a city that people wanted to be in; a people-focused, liveable city, with improved quality of life and built environment.

This is the first webinar in our series of three international sessions on ‘Liveability’ - capturing and accelerating the positive changes in behaviour that have come from the COVID-19 experience. With contributors from New York, Copenhagen and London, this virtual event will focus on how we shape successful neighbourhoods, driven by the people and communities; and what we can learn from our Global counterparts. It has been starkly evident that the environment has reaped huge benefits during lockdown. Virtually overnight, sustainable transport modes have become the major options of choice. Air quality has improved as car use has declined, and people are enjoying local places in a new way. The question is – how do we maintain this progress post-COVID-19? How do we design our places, to create liveable, loveable, neighbourhoods, where people, communities and businesses can thrive in the long-term? ‘Community is king’ - COVID-19 has shown the absolute necessity of community engagement; and this is essential in terms of the physical development of neighbourhoods and the creation of space and public realm. Each neighbourhood is unique and special; and arguably building liveable places, can and should, be driven from ‘the ground up’. Yet, it takes collaboration, through good leadership, to enable this. The absence of cultural activities over the past three months has demonstrated the pivotal part that cultural experiences play in people’s well-being. Culture is such a powerful way of encouraging people to see, explore and engage within their localities; and to facilitate a truly inclusive dialogue in place-making. We want to translate tactical changes to permanent measures that provide long-term liveable communities and neighbourhoods. The built environment is the important foundation stone of liveability and this brings with it huge responsibility. Our eminent and immensely talented panel will draw together all of these elements from the international stage, streetscape and neighbourhood level; and share their ideas and expertise on creating a future that is sustainable, optimises public realm, helps local businesses thrive, and maintains the health and well-being of all. The discussion will be chaired by Patricia Brown and forms part of the conversation on London 3.0.

To find out more about the benefits of sponsoring Movers & Shakers events contact Leigh Natasha Salter on Tel No: 01753 847619, email: [email protected] or view our sponsorship page