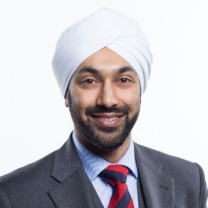 He has been a leading figure in the development and communication of innovate, technology led services and has a unique track record of working in politics, the public and private sectors over the last twenty years. This includes having worked on the delivery of the London Oystercard, and four years working for the Mayor of London, Boris Johnson, leading the transport and environment briefs and establishing the Digital London Office. His time at City Hall included preparing London for the 2012 Olympics, making the case for Crossrail, leading on ground breaking initiatives such as the cycle hire scheme and Tech City. He has sat on various boards including Transport for London, Bristol 2015 European Green Capital City and is currently on the board of techUK.

Kulveer is an international public speaker, a regular broadcaster for TV and radio and a passionate Tottenham Hotspur FC fan. 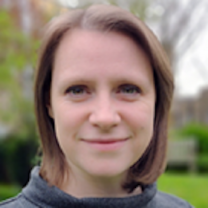 Fiona has worked at the intersection of public, private and community place-based delivery for 15 years. She is currently Strategic Development Manager for charity Groundwork London. Within this role, she partners with London boroughs and green space providers to develop practical programmes and improvements. Fiona sat on the recently concluded London Green Space Commission set up by the Mayor to look at funding and sustainability of the sector, with a particular focus on skills and the future workforce. In a previous role, she led the community and economic development strategies for the planning stages of NW Bicester, the UK’s first Eco Town. Fiona holds an MBA from The Judge Business School, Cambridge University and is a Fellow of the RSA. 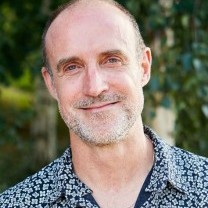 Mike is a digital entrepreneur who has developed businesses in media, government and commercial sectors. He founded Commonplace to deliver a vision of deep and comprehensive public engagement about places, using digital tools as they have done with #ParkPower. 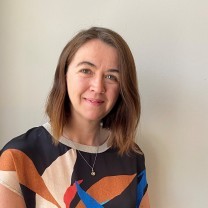 Director of Real Estate
Get Living

Ailish is Director of Real Estate for Get Living. Best known for East Village, the former London 2012 Athletes’ Village in Stratford, Get Living is changing the way the UK lives and rents within its vibrant big city neighbourhoods.

Ailish has more than 20 years’ experience in UK real estate. Prior to Get Living, Ailish was Head of Property at Landsec, following 10 years in fund management including roles at La Salle Investment Management and Invista.

Ailish is the current President of Revo, a placemaking and retail property organisation, which represents all stakeholders in the £360 billion retail property sector, including property owners, retailers and local authorities. 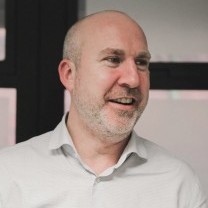 Max is the Founder and CEO of the London Collective, a virtual network of built environment experts and creatives fighting hard to improve people’s lives and the planet’s prospects. Their members are experts in social impact, zero carbon and modern methods of construction as well as architecture, engineering, graphic design and film making. As a diverse and eclectic group, they are bound by a set of values and a cost-effective business model. Whether it’s a thought leadership campaign or the design and construction of a piece of city, they are a ‘one stop shop’ for projects anywhere in the world. As self-employed entrepreneurs they can tailor-make teams without the overheads, convening and disbanding for place-based projects like a film’s cast and crew.

Current projects include detailed planning applications for three sites in Surrey and one in Cambridgeshire, all of which are 100% affordable housing; a vision and masterplan for a new town with 6,000 homes and a National Centre of Excellence for MMC in Oxfordshire and they are identifying the best locations and preferred public and private sector partners for the world’s leading developer and operator of wellbeing resorts.

Max was previously a Partner at internationally renowned architects Farrells before leaving to set up the London Collective in 2019. Whilst at Farrells, he led on high profile projects including London’s new business district at Royal Albert Dock and award-winning proposals for low-level bridges in East London. Max was Project Leader for the Farrell Review, commissioned by the UK Government, which made sixty recommendations spanning education, outreach and skills; design quality; cultural heritage; economic benefits and architecture policy. He is an adviser to London National Park City, Urban Design London, the Arts and Place Consortium, the Urban Room Network and the Place Alliance.

Movers & Shakers are excited to be hosting the launch of the much anticipated #ParkPower project. Covid-19 has focused us all on the value of communities and the role of green spaces. Both have been transformed from ‘nice-to-have’ into critical resources. During the summer, the London Collective have been crowdsourcing opinions from Londoners about their parks using the Commonplace platform – asking people what they value about them and what they would prioritise in the future. With over 3,500 responses from people living in every London borough, they have built up an extraordinary picture at a defining moment. At the same time people’s perceptions of the value of green spaces has increased, so have the pressures they are under, whilst their budgets and resources have come under increasing pressure too.

As a virtual network of built environment experts and creatives, the London Collective have developed conclusions, recommendations and design proposals based on the feedback from the public which will be launched at this event. The aim is to help local authorities make the best use of their limited resources and to reimagine the future of London’s green spaces as places to exercise, socialise, relax and enjoy in safety. The project is a collaboration between a diverse group of organisations that share one thing in common, a deep interest in the future of London’s green spaces. Joining the City of London Corporation, who own parks and commons from Hampstead Heath to Epping Forest, are the urban design teams of the London Collective and Dar Group, Siemens Smart Infrastructure, London National Park City, Commonplace and the mental health charity the Frank Bruno Foundation. We are hoping to have some introductory words from Frank Bruno himself, a tireless campaigner for mental health issues and one of this country’s great sporting legends. This event is open to anyone and free to attend.