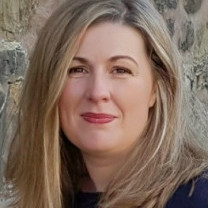 Lucy Blasdale is Homes England Development Director for the Central and West Area. She currently manages a team of c70 staff and is responsible for the delivery of all the Homes England land holdings across a geography which stretches Lincolnshire Wash across to the Welsh Border as well as stretching down to Devon and Cornwall.

Lucy holds membership of both the RTPI and RICS membership and has led Home England activity across a number of high profile projects.

Lucy is recognised within the industry for her straight talking can do approach. She has also acted as a career mentor to a number of people both within and outside the organisation and regularly speaks at events to encourage more young people to consider careers in the construction industry. Previous winner of the Homes England National Award for Inspirational Leadership

Gareth is Director of Housing and Regeneration for the West Midlands Combined Authority where he oversees over £600m+ of devolved housing and land funds across an area covering 19 local councils and 3 local enterprise partnerships. He leads the development and implementation of the region’s ambitious housing and regeneration strategy including its goal of delivering over 215,000 new homes by 2031 and for the region to lead nationally in design quality, advanced methods of construction, brownfield remediation and town centre regeneration. He runs a directorate responsible for policy and delivery on town centre regeneration, brownfield development, employment land, land assembly and remediation, affordable housing, one public estate, design, housing supply and securing unprecedented new investment from the public and private sector into real estate.

From 2010 to 2017, Gareth worked in a variety of roles in Central Government. For nearly 3 years he was a policy adviser to the Prime Minister at No10 Downing Street during the Coalition and Conservative-led governments. During his time in Government, Gareth led a cross-Whitehall division responsible for securing regeneration and housing on the back of major infrastructure (eg HS2) and led work on town centres and coastal communities. In 2012 he led the Government’s flagship neighbourhood planning policy through Parliament as part of the Localism Act.